KURODATOUEN is a Japanese ceramic art gallery in Ginza, Tokyo. 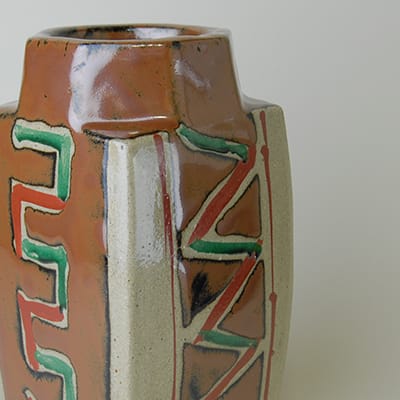 During this October, we are holding a special exhibition focusing on Shoji Hamada and Kanjiro Kawai.

In this exhibition, we are focusing on their works made around post-war period. We hope you enjoy this special exhibition on the 3rd floor.

We are always showing contemporary artists' works on the 1st floor and 2nd floor.
We look forward to welcoming you this autumn.

1924 Stayed in Okinawa and Kyoto after coming back in Japan.

1955 Designated as a Living National Treasure.

1968 Awarded an Order of Cultural Merit .

1920 Began ceramics at Gojozaka in Kyoto.
Named his studio as 'Shokeiyo' (Shokei kiln) .
Produced pieces which got ideas from Chinese wares.

1922 Gained a great reputation after a solo exhibition in Tokyo.

1937 Won a Grand prix at the Paris Universal Exposition.