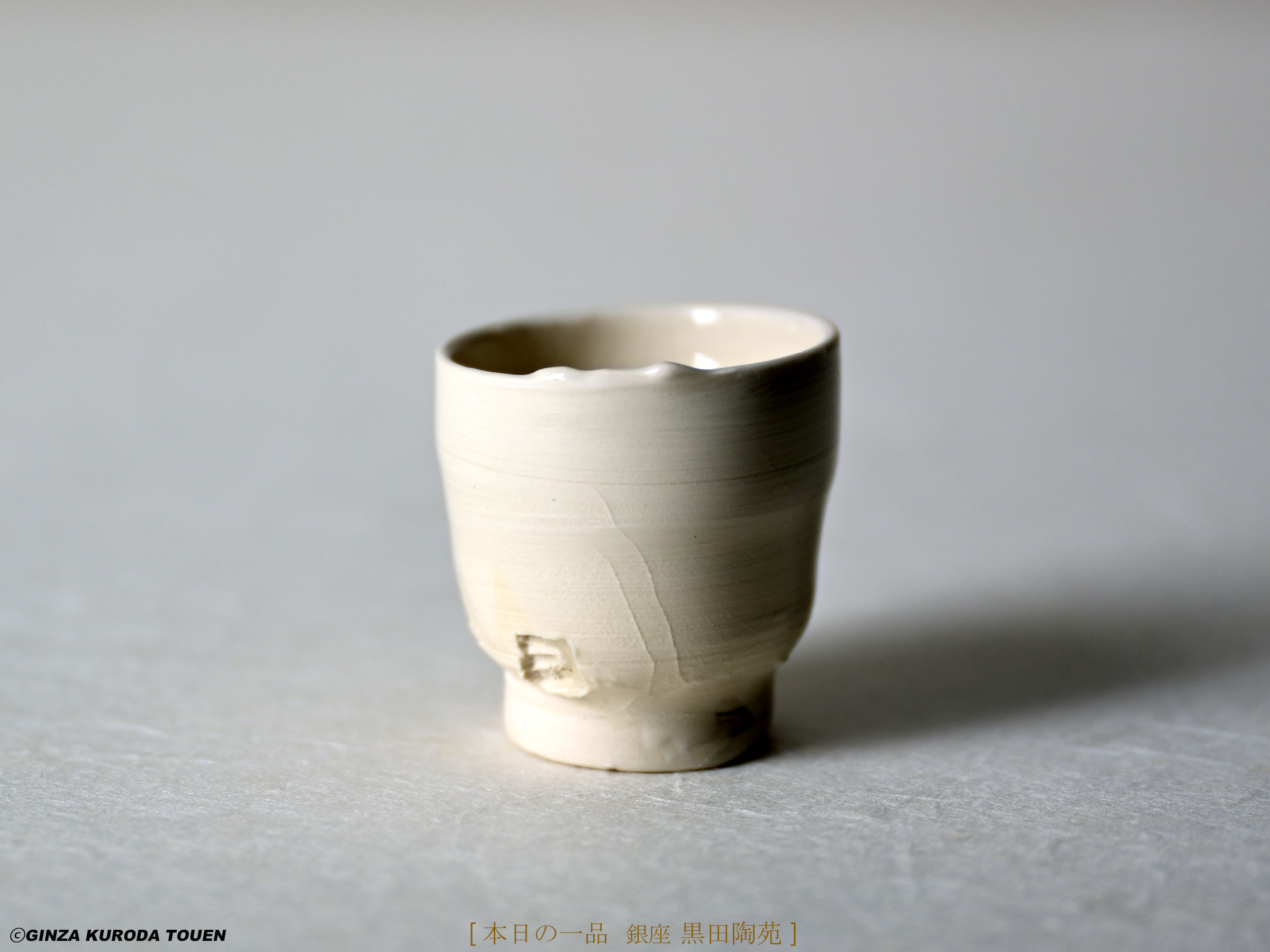 Ryoji Koie, who was the most unique figure in the world of contemporary ceramics, was an internationally active potter who held exhibitions in Japan and abroad from the late Showa to the Heisei era.
At the time, he was known as a prolific potter, but in the last ten years of his life, he devoted himself to recuperating from illness and rarely produced ceramics, which surprisingly limited the total number of works he produced during his life.

This is a drinking cup from the "White Series," which is neither white porcelain nor white glaze, and which Koie began producing in the early 1970s and continued to produce until the end of the 1980s.

It is a drinking cup that shows off the work of Ryoji Koie, who was said to be one of the best masters and masters of the potter's wheel in modern times. Since it is a small drinking cup, it is made by skillfully using the tip of the little finger.

What is most surprising about this piece is the construction of the base.
It is common for the base to be carved out, but this piece is made with a "tsuke-kodai" design.
This is the essence of Ryoji Koie's obsession with pottery, which is a time-consuming and labor-intensive method.